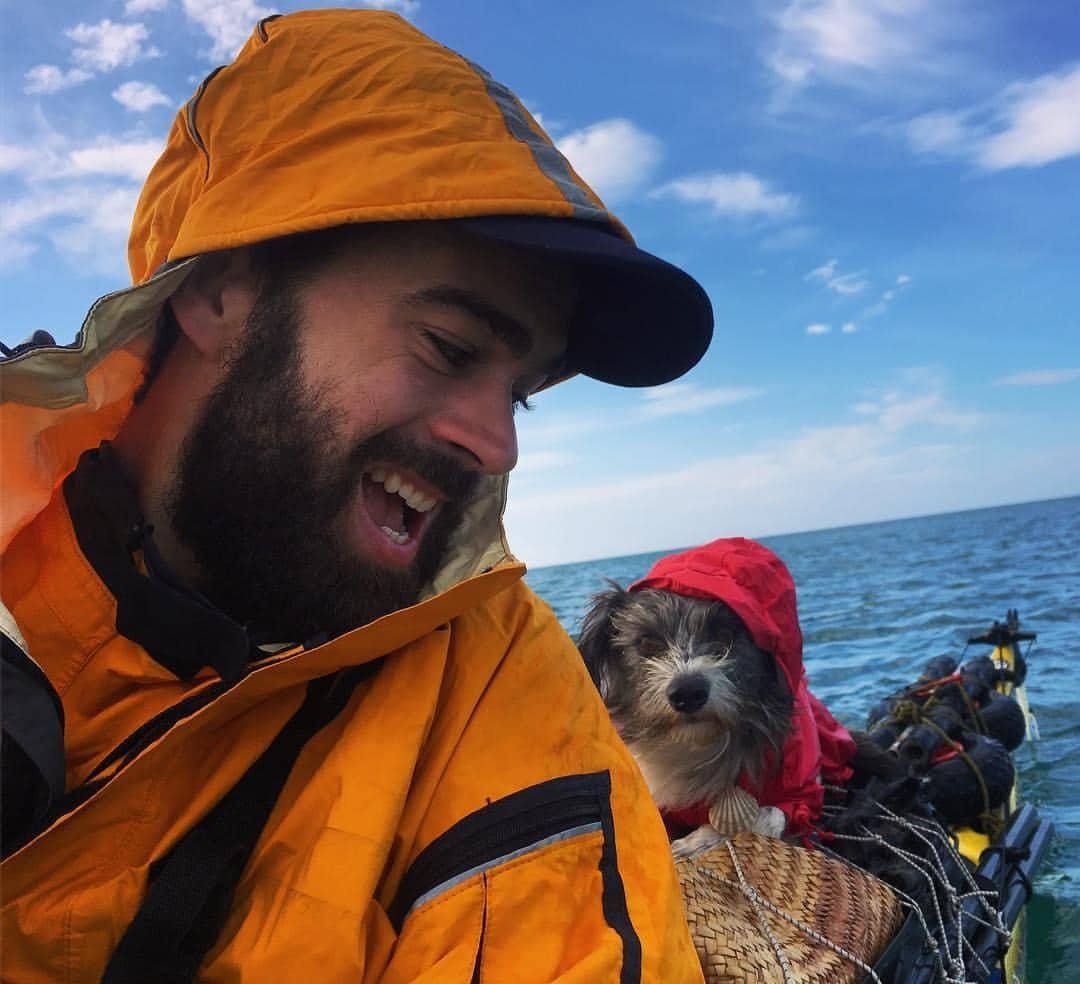 Source: Facebook
In 2013, Sergi Basoli decided to quit his job and kayak around the Mediterranean. While travelling in Alghero, Sardinia, Sergi found himself a furry companion called Nirvana. Together, Sergi and Nirvana are living what some would call the dream life - kayaking from beach to beach around the Mediterranean.
Sergi’s epic adventure started back in 2013 at the Olympic Harbor of Barcelona, Spain. This was not the first trip for the Spaniard, who had completed his first trip around the Iberian Peninsula. This trip took six months and spanned 3,600 kilometres.
This time around, Sergi decided to go on a bigger trip. From Barcelona, Sergi has travelled along the coast of France and Italy, as well as circling Mediterranean islands Sardinia and Ajaccio. 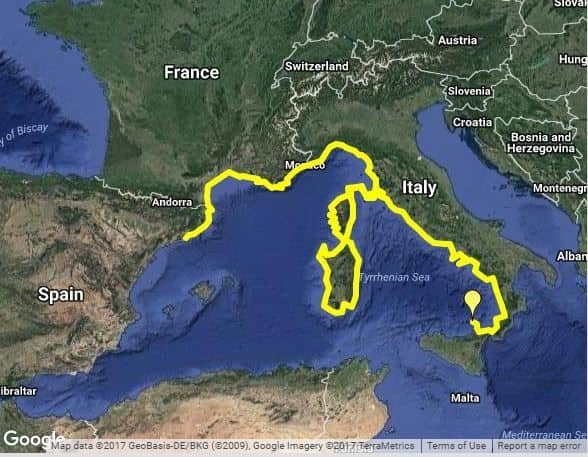 Source: Rumbo-Mediterraneo
Currently, Sergi spends four hours per day kayaking, travelling between 10 to 30 kilometres, depending on sea conditions. During the day he makes stops along the way, which allows Sergi to get to soak in as much culture as possible by exploring new places and meeting new people.
Each night Sergi tents at a different beach. If you’re into kayaking and outdoor living, this could sound like the dream. Sergi states he enjoyed living close to the sea and finds it more comfortable than you would expect. Sergi’s rule for himself is to not pay for accommodation. While this is a great way to save money, it is not the only reason for this rule. It’s more about the personal challenge. During colder periods, Sergi will often find himself relying on the generosity of locals who offer a couch to sleep on, or finds shelter at a church or a B&B.
What happens in winter? For the first winter of his journey, Sergi continued to kayak. Being located in the Mediterranean Sea meant he could enjoy many sunny days and experience a calm sea. However, now Sergi takes breaks in winter. This allows him to get things together, as well as spending more time in Barcelona with his family.
While he lives a somewhat nomadic lifestyle, he also finds time to complete general daily tasks. Like many others, Sergi still enjoys a good coffee and takes time out to visit the local supermarket. Sergi travels with a little self-made stove in the front compartment of his kayak and cooks with mostly fresh ingredients, rather than dehydrated food. 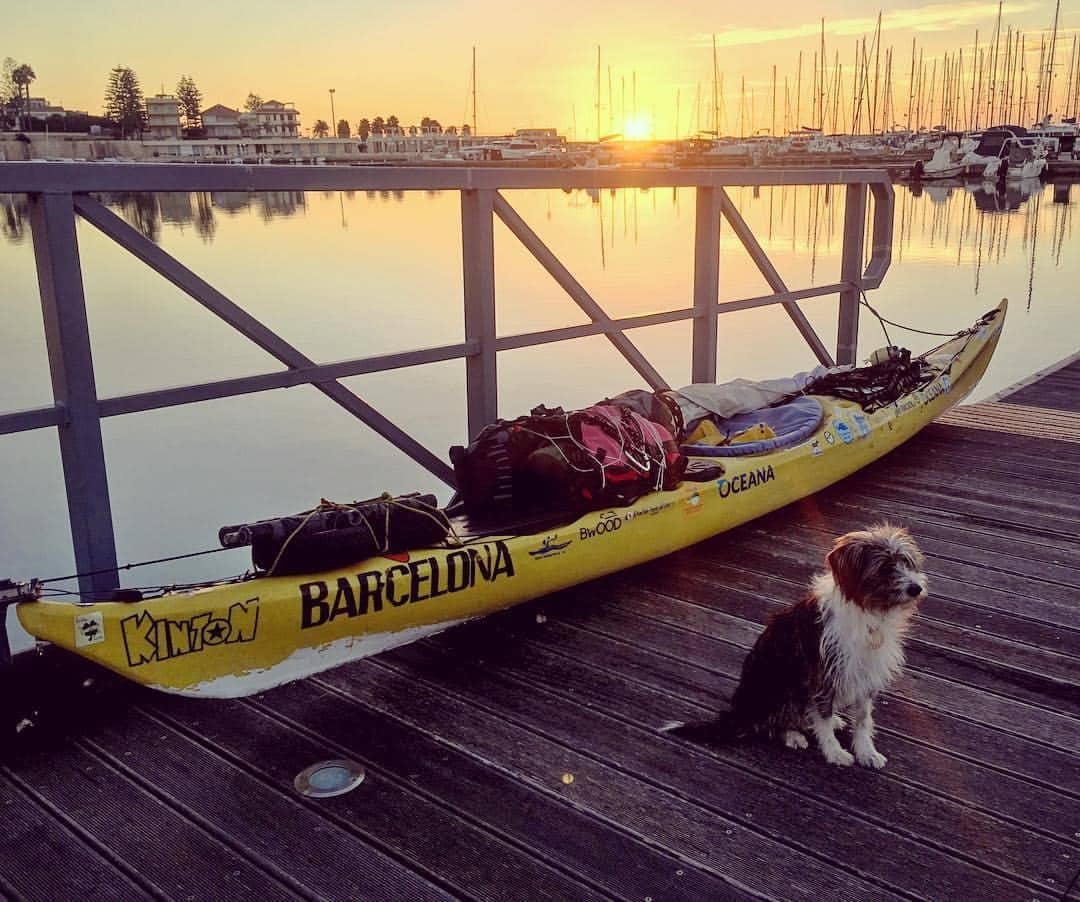 Source: Facebook
Spending your life kayaking means there are fewer costs to worry about. Just think - you don’t have to worry about paying for your car, registration, electricity or mortgage. Sergi states that he lives on as little as 200 euro per month. For Australians, that’s almost $280 per month.
At the beginning of the journey, Sergi was undertaking casual jobs to earn a bit of money. However, he has since focused his energy on collecting seashells, which are then created into necklaces, earrings and rings. People interested in making a financial contribution are able to donate 10 euros, in exchange for a summer postcard. The postcard will be written by Sergi and will include a funny anecdote.
While Sergi has travelled 5000 kilometres, the journey is still not over. There is no end date for the trip yet, and even though it has been three years, Sergi and Nirvana’s journey still continues.
If this has inspired you to undertake your own kayak journey, Yakima can help you out with our range of roof racks and water accessories. You can check out our kayak guide for inspiration on places to travel in Australia.